Scientists from the Southwest Research Institute (SwRI) have presented the discovery of a binary pair of objects way out in the Kuiper Belt. They’re Trans-Neptunian Objects (TNOs) which means their orbit is outside the orbit of Neptune, our Solar System’s outermost planet. This binary pair is unusual because of their close proximity with one another.

The objects in the Kuiper Belt are remnants from the early days of the formation of the Solar System. Most of the Kuiper Belt Objects (KBOs) are predominantly icy objects, formed from frozen volatiles like methane and ammonia.

The title of the study explaining these results is “Stellar Occultation by the Resonant Trans-Neptunian Object (523764) 2014 WC510 Reveals a Close Binary TNO.” The key authors are Rodrigo Leiva and Marc Buie, both scientists at the SwRI. The study is published in The Planetary Science Journal.

The research that found the binary pair came from the Research and Education Collaborative Occultation Network (RECON). RECON is a citizen science effort “aimed at exploring the outer Solar System” as their website says. The people in RECON “conduct coordinated telescope observations to measure the sizes of objects from a region called the Kuiper Belt.”

“To me this project is citizen science at its best. If they didn’t do this, we wouldn’t learn about these objects.” An occultation occurs when an object passes in front of another object, blocking it entirely from view. If the background object is completely blocked, it’s called a transit. This graphic shows the occultation of Aldebaran by the Moon. Credit: Stellarium.

This discovery was unusual not only for the proximity of the binary pair with one another, but also because the occulted star was also a binary pair.

“What’s also interesting and unusual is this object’s characteristics,” Leiva said in a press release. “The two components are quite close, only 350 kilometers apart. Most binary TNOs are very separated, usually 1,000 kilometers or more. This closeness makes this type of binary TNO difficult to detect with other methods, which is what RECON was designed to accomplish.”

“To date,” the authors write in their paper, “only 14 TNOs or their satellites (excluding Pluto) have an accurate size and albedo published from stellar occultations.” The object’s shape is also a bit of a mystery too. “The projected shape of the object components is circular with weak statistical evidence against elliptical projected shapes, shapes that could be confirmed with higher S/N data in future occultations, or rotational light-curve data,” the authors write.

The RECON group played a large role in this finding. RECON consists of a number of citizen observation locations up and down the west coast of North America. There are currently 64 sites in RECON. Some of the funding for RECON comes from the National Science Foundation, and each site has an 11 inch telescope and a CCD. When an object in the outer Solar System occults a distant star, the shadow it casts over this collection of observing points helps to determine the object’s size. Each of RECON’s 64 sites has a telescope and a video camera. They are all pointed towards the location of an upcoming occultation at the same time. Image Credit: RECON/Google Earth

Buie is very complimentary towards RECON, and towards the contribution that citizen scientists can make. “To me this project is citizen science at its best,” Buie said. “They’re learning as well as making observations and helping to collect data. If they didn’t do this, we wouldn’t learn about these objects.”

Leiva and Buie intend to keep looking for more TNOs, with a special interest in close binaries. They want to know how common and plentiful they are. Their findings will help build the model of how the Solar System formed.

Astronomers think that most TNOs began in binary pairs. The fact that these ones are so close together may have contributed to their long-standing binary relationship. “Its double nature is not surprising and supports the expectation that most TNOs were formed as binaries, and that closer binaries have more chances of survival,” the authors explain.

Scientists think that these smaller TNOs are true remnants from the primordial days of the Solar System, unlike larger TNOs. “The derived diameter of the object components put 2014 WC510 in the category of similar-size binaries, which could have a primordial origin, unlike the large TNOs with small satellites thought to have formed after catastrophic impacts,” the researchers write. 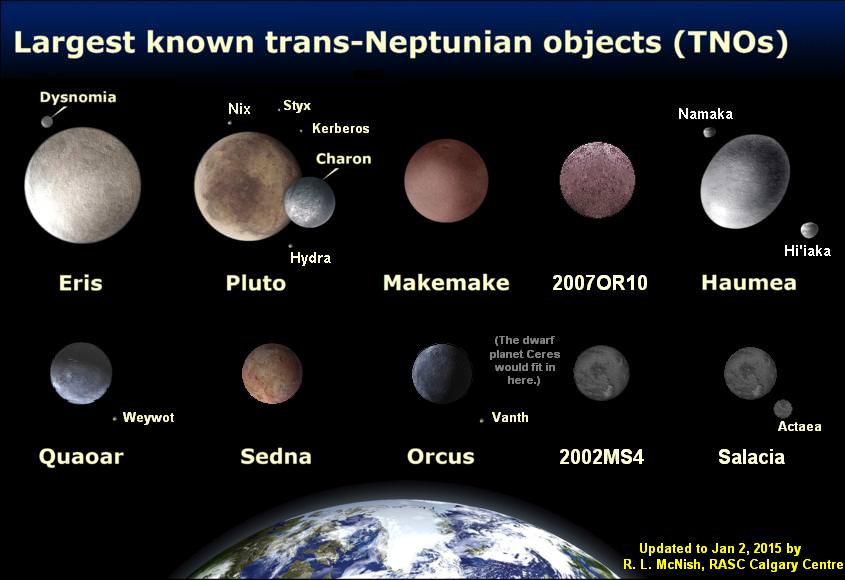 “Most models of the Solar System indicate that binaries are very common, particularly close binaries like this one,” Leiva said in a press release. “If you have an accurate measurement of how common they are, you can fine tune these models.”

“Our overarching aim is to know how common close binary TNOs are,” Buie added. “Is this object one in a million or just like 90% of them? This is fueling our knowledge for building better models of how the Solar System formed.”

RECON’s ongoing efforts will help to answer that question.

What time is Canelo Alvarez vs. Avni Yildirim as we speak?...