On the evening of Wednesday, Oct. 21st, the crew of Expedition 63 finally returned to Earth after spending Arrived196 days in space. It all began when NASA astronaut Chris Cassidy (commander) and Russian cosmonauts Ivan Vagner and Anatoly Ivanishin (both flight engineers) departed the International Space Station (ISS) aboard their Soyuz spacecraft at 07:32 PM EDT (04:32 PM PDT) and landed in Kazakhstan by 10:54 PM EDT (07:54 PM PDT).

Now that they are home, the crew will undergo medical checks at the landing site (outside of the town of Dzhezkazgan) before being flown home. While Cassidy will fly back to Houston, Vagner and Ivanishin will fly to Star City, Russia (a borough of Moscow). For Cassidy, this would be his third mission to the ISS, and one that was filled with plenty of highs and lows.

In terms of highs, this latest mission saw Cassidy, Vagner, and Ivanishin welcome NASA astronauts Robert Behnken and Douglas Hurley to the station. Behnken and Hurley were the crew of the SpaceX Demo-2 mission, the first crewed mission to the ISS as part of NASA’s Commercial Crew Program (CCP). It was also the first time that NASA astronauts launched from US soil since the Space Shuttle retired in 2011.

Expedition 63 Commander Chris Cassidy is at work inside the Kibo laboratory module from JAXA. Credit: JAXA

Cassidy and Behnken completed several spacewalks together to upgrade the station’s batteries, during which they spent a total of 23 hours and 37 mins in space. As a result, Cassidy has now spent a total of 378 days in space, the fifth-highest among NASA astronauts. Their final spacewalk together was the 10th for both astronauts, which makes them two of only four US astronauts to complete 10 spacewalks.

While on the station, the crew of Expedition 63 conducted hundreds of experiments, which included the Veggie Passive Orbital Nutrient Delivery System (PONDS). This experiment is part of NASA’s Biological and Physical Sciences (based at the Kennedy Space Center) and has been investigating the capabilities of growing edible plants in space.

The eventual goal is to create a garden bed for growing vegetables in space that will support missions in orbit, as well as long-duration missions to the surface of the Moon and Mars. As part of his duties aboard the ISS, Cassidy was responsible for cleaning botany research hardware after growing lettuce and mizuna greens inside the Columbus laboratory module. 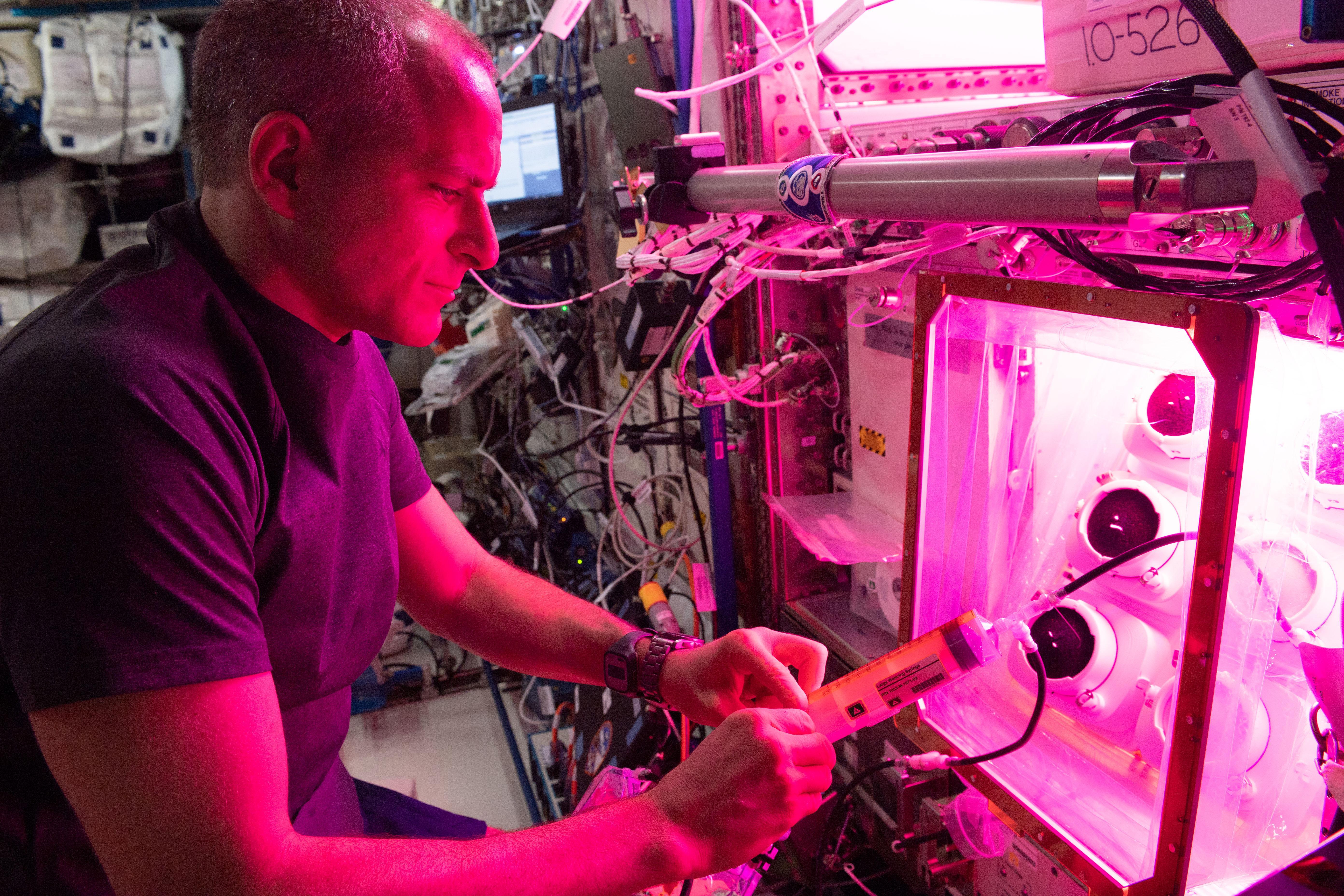 Another important experiment is the Electrolytic Gas Evolution Under Microgravity, which involved studying the influence of gravity on electrolytic gas evolution (i.e. where bubbles are created in fluids using electrolysis). Gravity is a key factor when it comes to buoyancy in bubbles, so the experiment takes advantage of microgravity to single out how bubbles grow and the effects these have on various processes.

This method, which will allow scientists to improve their understanding of how bubbles grow, has numerous applications. A good example of this is microfluidic devices (like skin patches) that rely on electrolysis to generate bubbles, which in turn creates pressure differentials that allow for the delivery of medications. 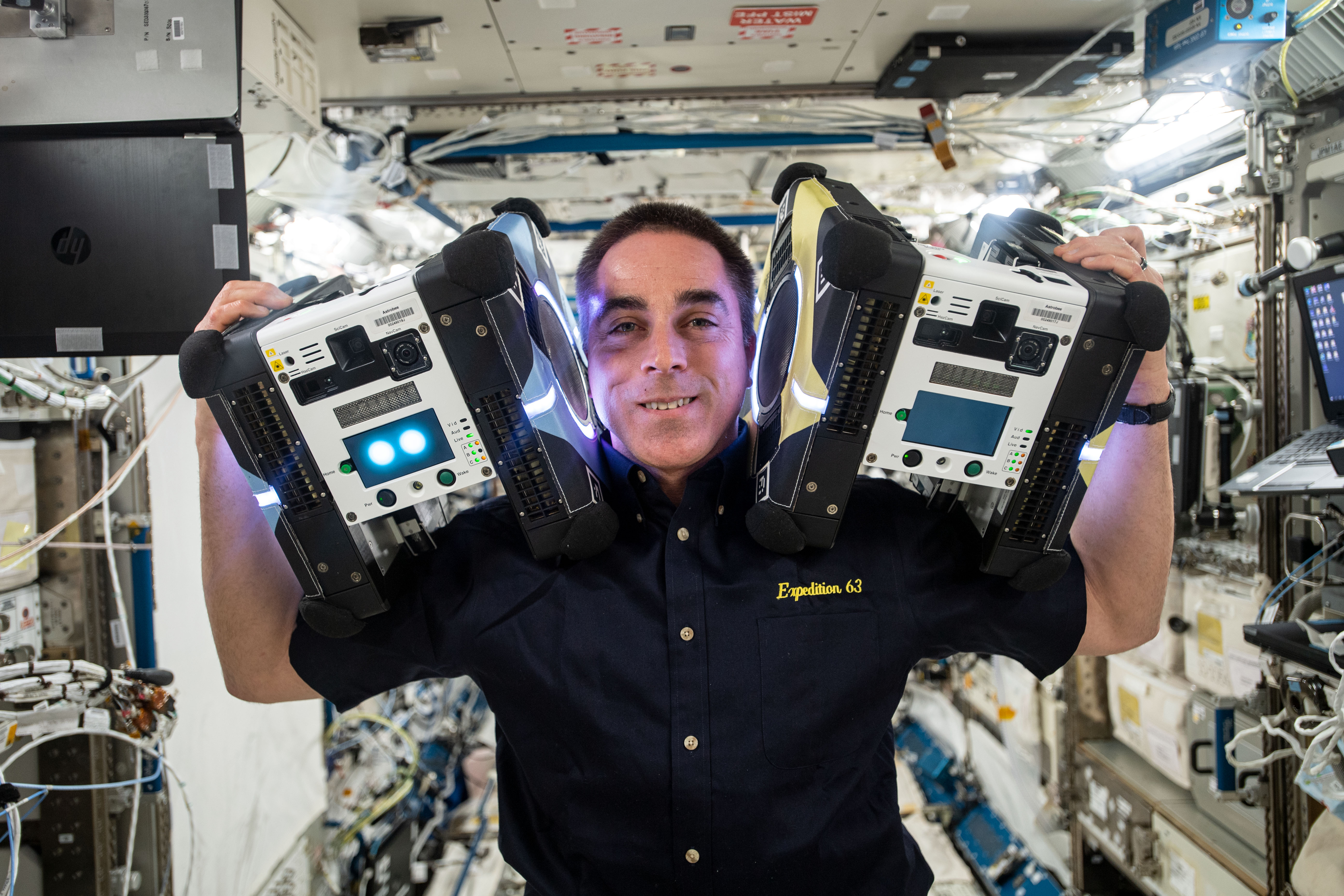 The crew also worked with the three Astrobee robots, a free-flying, cube-shaped assistant designed to help scientists and engineers develop and test robotics technologies for use in microgravity. Someday soon, these kinds of robots could be a regular feature aboard the ISS and other missions to space, assisting with routine chores, logistics management, crew monitoring, sampling, and science investigations.

But it wasn’t all good times. In August, Cassidy and his fellow crew members began searching for the source of a pressure leak that had intensified over the summer. Eventually, they narrowed the source to the transfer chamber in the Zvezda Service Module, the main segment in the Russian section of the station.

At this juncture, the crew of Expedition 64 had arrived on the station, consisting of Commander Sergey Ryzhikov, and flight engineers Sergey Kud-Sverchkov and Kate Rubins. Along with Cassidy, Vagner, and Ivanishin, they helped narrow the search for the pressure leak further, eventually letting some tea leafs loose in the module (which was Ivanishin’s idea). 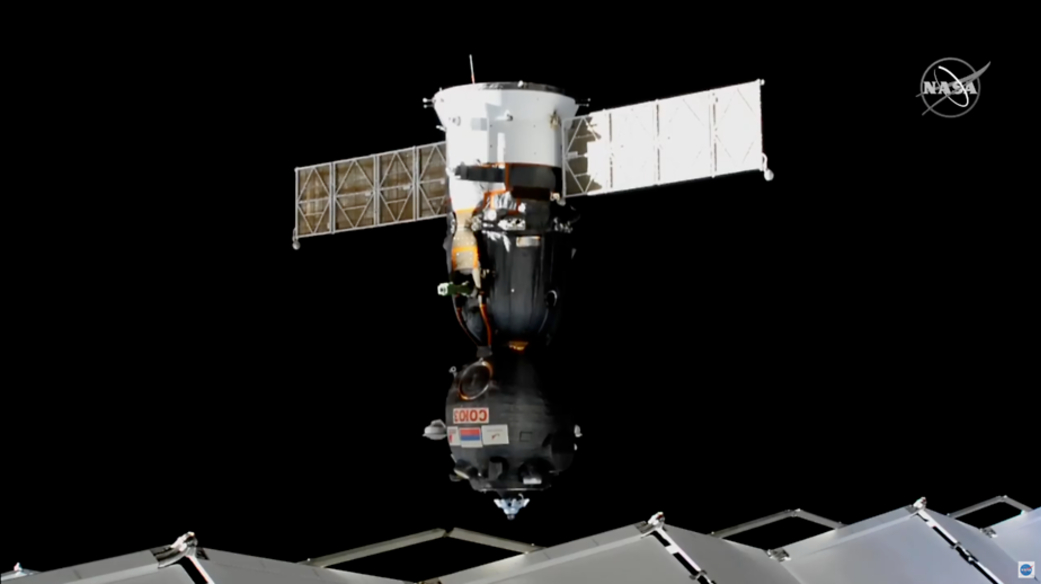 After the leaves floated their way to a crack in the hull, the six-person crew patched it with heavy-duty Kapton tape. By Wednesday, Oct. 21st, Ryzhikov took command of operations aboard the ISS while Expedition 63 boarded the Soyuz MS-16 spacecraft that would bring them home. Their return to Earth was broadcast live on NASA TV.

In November, the crew of Expedition 64 will be welcoming four new astronauts. These will be crewmembers that constitute NASA’s SpaceX Crew-1: NASA astronauts Michael Hopkins, Victor Glover, and Shannon Walker, and Japanese Aerospace Exploration Agency astronaut Soichi Noguchi. This mission will be the first long-duration mission to fly as part the Commercial Crew Program.

Coming on the heels of the successful SpaceX Demo-2 mission – the first crewed flight to launch from US soil since the end of the Space Shuttle Program – Crew-1 will officially signal the return of America’s domestic launch capability. And of course, there will be plenty of experiments for the astronauts to do for the foreseeable future.

Be sure to check out this video of astronaut Chris Cassidy (courtest of NASA Johnson) discussing the science operations he led while commanding Expedition 63: