In recent years, one of the most impressive developments for space exploration has been the rise of the commercial space industry (also known as NewSpace). In addition to contracting with space agencies like NASA to provide commercial and crewed launch services, private aerospace companies are promoting innovations that help reduce the cost of sending payloads into space.

Take RocketLab, the US and New Zealand-based small satellite launcher that has broken new ground with its Electron rocket. In order to further reduce the cost of individual launches, RocketLab announced last year that it would recover and reuse the spent boosters on its rockets. Recently, the company took a giant step in successfully retrieving the first stage of an electron after delivering a payload into orbit.

This mission, which RocketLab called "Return to Sender", was the company's 16th launch with the Electron rocket. This ridesharing opportunity sent a payload of 30 satellites into sun synchronous orbit (SSE) at an altitude of 500 km. This would also be the first time RocketLab tries to regain the first stage of an electron rocket once it has fallen back to Earth (with parachutes) and landed in the ocean.

Crews place the payload in the casing of the electron. Image Credit: RocketLab

In April 2020, the company tested its mid-air retrieval system by using two helicopters to transport an electron booster to a high-altitude location off the coast of New Zealand (see below). The first helicopter then dropped the first step, which used its slides to slow the descent. The second helicopter at a lower altitude then caught him with a grappling hook.

This time the retrieval would take place in the air after the spent rocket stage fell back from orbit to Earth. It all began at 3:20 p.m. local time (November 19, 6:20 p.m. PST; 9:20 p.m. EST) on Friday, November 20, after the rocket launched from the Company's Launch Complex 1 in New Zealand's Mahia Peninsula. The event was recorded in a launch webcast (see above) and was a complete success.

"It's been a lot of fun along the way," said Peter Beck, CEO of RocketLab, during the webcast. "This was almost the best project to do these large-scale tests with a lot of energy and it was great fun."

Originally, RocketLab's plan to provide affordable launch services was to use smaller, lighter vehicles that were entirely built in-house. This was the cornerstone of the design of the Electron rocket, which is made of lightweight carbon composite materials and uses a specially designed "plug-in" payload fairing that can be easily installed and transferred from one rocket to another. 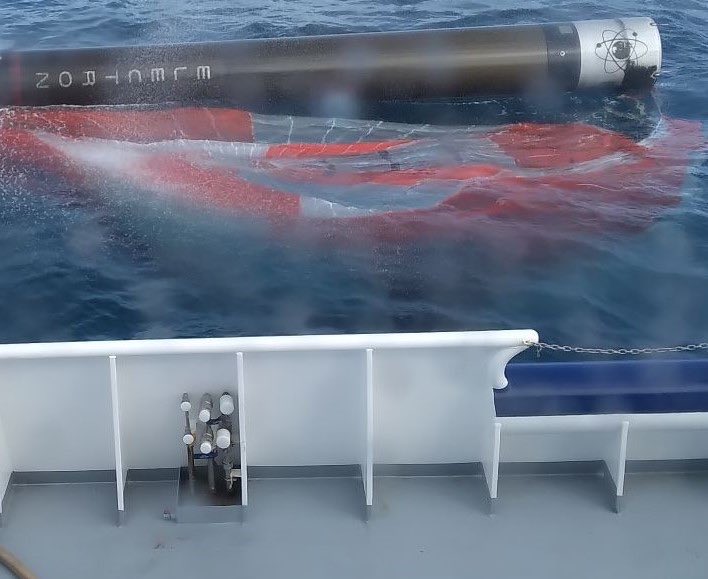 The Return to Sender Electron Booster that was retrieved at sea. Image Credit: RocketLab

However, it soon became apparent that a limited retrieval and reusability plan was possible. As Beck explained:

“We went to RocketLab to try to save the vehicle, especially to increase production. Firstly, I didn't think it could be done with a small launcher because if you look at all of the traditional approaches, they just won't work. In a small launcher, you have no propellant margins. "

Unlike SpaceX's Falcon 9 or Falcon Heavy rocket launchers, small rockets like the Electron don't have the space to hold the extra propellant required for a controlled descent. Because of this, he and his engineers had to examine different approaches. When they started collecting data from their first nine flights, it became clear that there was an unconventional approach that would work for them.

This approach begins after the electron has put its payload into orbit. First, the booster realigns itself using maneuvering motors, falls back into the atmosphere, and uses a drogue parachute to slow down the descent. Minutes later, a larger parachute is deployed to slow it down to about 10 meters / second (36 km / h). From there, a helicopter will hook onto its drogue line with a grappling hook and bring you home.

While Rocketlab has already proven the recovery process to work in the air, they didn't use this launch to test it any further. Instead, they used this mission to see if the electron booster parachutes could slow them down enough that they could make a controlled splash. In this regard, this mission was completely successful and lived up to its name! 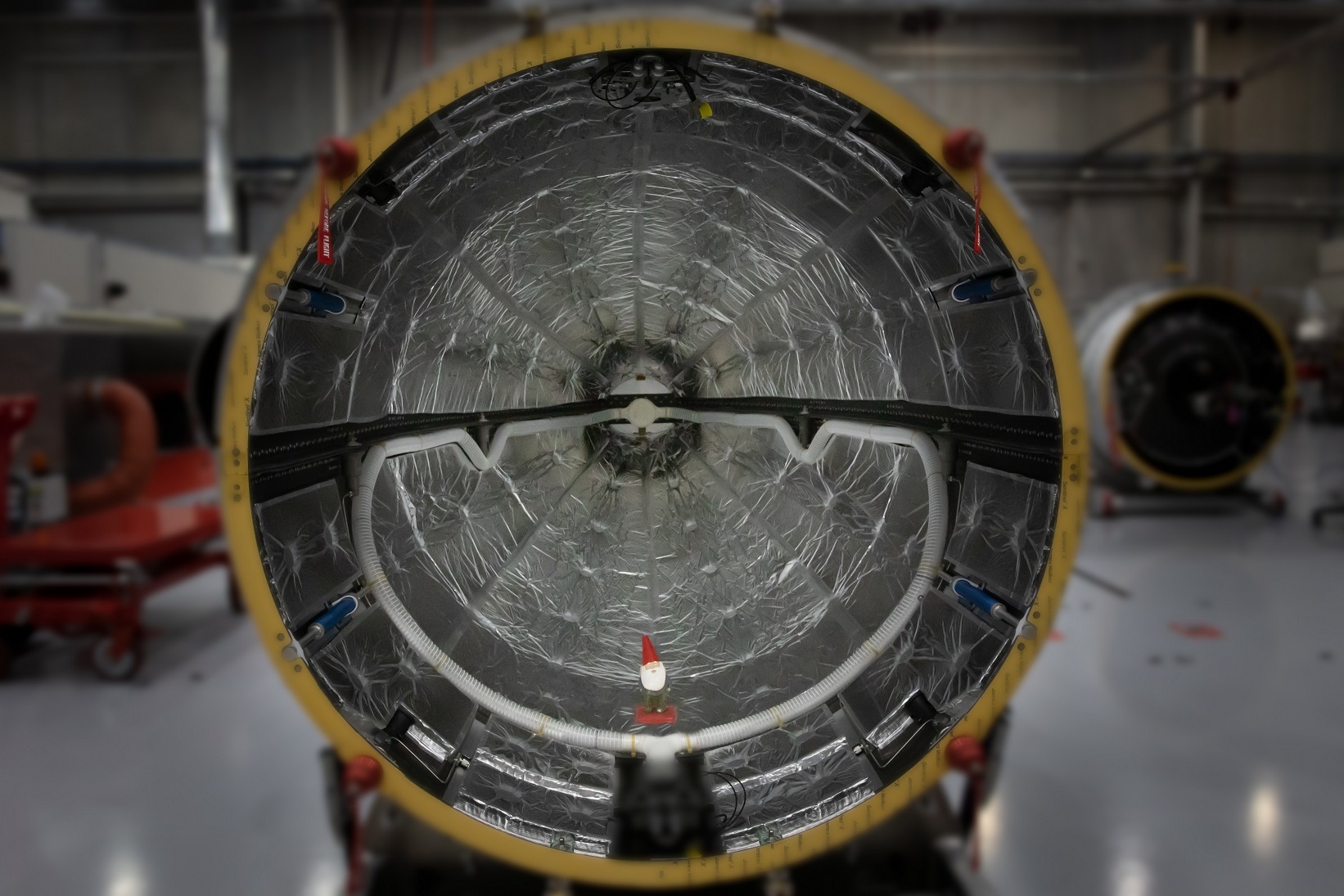 The inside of the payload fairing for the Return to Sender mission (that's Gnome Chompski in there). Image Credit: RocketLab

The payload for this mission included 24 of Swarm Technologies' newest 1 / 4U SpaceBEE satellites, designed to provide affordable Comsat services to the development of parts of the world. There was also the APSS-1 Te Waka? Miorangi o Aotearoa (Maori for "New Zealand Satellite Vehicles") CubeSat, the first satellite designed by students at the University of Auckland.

The APSS-1 monitors electrical activity in the Earth's upper atmosphere to test whether ionospheric disturbances can predict earthquakes. There was even a garden gnome named after game icon Gnome Chompski, contributed by Gabe Newell of Valve Software. The 3D printed titanium gnome was developed by Weta Workshop to test a 3D printing technique that could be used to make components of spacecraft.

Allegedly the gnome was referred to as a "mass simulator", but it was actually part of a charitable event. For every person who watched the livestream of the launch on day one, Newell pledged to donate a dollar to charity. According to ArsTechnica, Gnome Chompski's launch raised over $ 80,000 for the intensive care unit for children at Starship Children's Hospital in Auckland.

Much has been achieved with this one start. But this is the world we currently live in, where NewSpace is testing the limits of what is possible like never before. Also check out the webcast of the mission courtesy of RocketLab:

UN Shames Australia for a Lack of Local weather Ambition – Watts Up With That?