A new study says that some carbon-rich exoplanets could be made of silica, and even diamonds, under the right circumstances.

The title of the new research is “Oxidation of the Interiors of Carbide Exoplanets.” The lead author is Harrison Allen-Sutter, from Arizona State University’s School of Earth and Space Exploration. The research is published in The Planetary Science Journal.

“These exoplanets are unlike anything in our Solar System.”

A carbide exoplanet is simply a carbon-rich planet. When a solar system forms, the star(s) and the planets form from the same cloud of material, so their compositions are similar. If a star has a high carbon to oxygen ratio, then its planets will, too.

In our Solar System, the Sun and the Earth both have low carbon:oxygen ratios. Earth is high in silicates and oxides, but very low in diamonds. But when astronomers look at other stars and find high carbon:oxygen ratios, then they know that the exoplanets around those stars will have the same high ratio. Rather than being composed of lots of silicates and oxides, they could have more diamond content. While Earth’s diamond content is very low, about 0.001%, carbide exoplanets could have much higher diamond content.

“These exoplanets are unlike anything in our solar system,” said lead author H. Allen Sutter in a press release.

But this was all hypothetical. The team of researchers needed to test it. They needed a way to mimic or recreate the extreme heat and pressure. To do that, they turned to a diamond anvil. A diamond anvil is a piece of equipment used to subject material samples to the extreme pressures found deep inside planets.

A schematic of a diamond anvil cell. The Ruby is used as a pressure indicator. Image Credit: By Tobias1984 – This W3C-unspecified vector image was created with Inkscape., CC BY-SA 3.0, https://commons.wikimedia.org/w/index.php?curid=19419201

In their experiment, the team started with silicon carbide and water. They put that combination into the diamond anvil cell, and the sample was heated by laser. As the laser heated the sample, they took x-rays of the material. The results matched their predictions, and the water and silicon carbide reacted and turned into diamonds and silica. Figure 4 from the study. This image illustrates the team’s hypothesis. On the left is an unaltered planet rich in carbon. When water is added, the silicon carbide dominated mantle transforms into a silicon and diamond dominated mantle, shown on the right. The reaction also produces methane and hydrogen. Image Credit: Harrison/ASU

The team talk about the implications of these results in their paper. “Some population (12%–17%) of stars may have C/O ratios greater than 0.8, and the mineralogy of planets hosted around these stars would be dominated by carbides,” they write. “Therefore, a planet formed under these conditions could have an exotic internal structure and dynamics compared with the planet types observed in the solar system.”

“If water is delivered to carbide planets, the impact will produce high pressures and high temperatures locally and induce the reaction. In regions of the mantle where water reaches SiC, the reaction shown in This figure from the study helps explain the results. Raman shift is the measurement of the change in energy between the raw laser light used to heat the materials, and the energy of the scattered laser light after it meets the sample. The black spectrum was measured at an unheated portion of the sample and the red spectrum was measured at a heated portion. The red spike at about 1400 cm -1 represents diamond crystals that formed during the experiment. Image Credit: Allen-Sutter et al, 2020.

The team points out that the chemical change that produces diamonds would start on the outside of the planet and work its way in. “In this case, a carbide planet would experience a chemical change from the outside in. This process could cause the surface to be covered with silica, while at sufficiently greater depths diamond and silica would exist together as shown in An image of the diamond anvil cell at ASU’s Lab for Earthly and Planetary Sciences. The flat surfaces are called culets, and that’s where the sample sits during pressurization. Image Credit: Dan Shim

Any planets that underwent this transformation would look very different from Earth. In fact, they would be different from any body in our Solar System. “The unique mineralogy of the converted carbon-rich planets would make the planets un-Earth-like,” they write in their conclusion. “For example, the mantle of the converted planets would be much more viscous than the Earth-like silicate mantle because of the physical properties of silica and diamond.”

Much of our scientific focus on exoplanets concerns potential habitability. But these diamond-rich planets would almost certainly be unable to support life. It boils down to geological activity.

Scientists think that geological activity is critical for a planet to support life. That activity can help regulate carbon cycles, for one thing, and some studies have delved deeply into the matter. 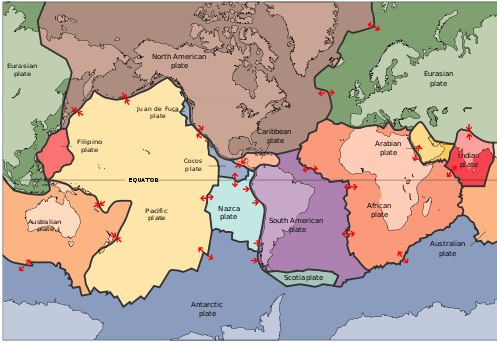 Allen-Sutter and the other authors of this new research think that these carbon-rich planets would be too hard to be geologically active. They also think the atmospheres are likely prohibitive to life. But, they point out, there’s more to exoplanet science than just habitability.

“Regardless of habitability, this is one additional step in helping us understand and characterize our ever-increasing and improving observations of exoplanets,” said Allen-Sutter. “The more we learn, the better we’ll be able to interpret new data from upcoming future missions like the James Webb Space Telescope and the Nancy Grace Roman Space Telescope to understand the worlds beyond our own Solar System.”

How to Test and Choose the Best Name for Your Business