What Are Neutron Detectors? 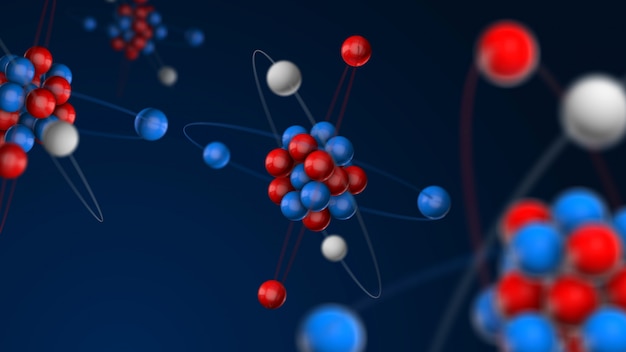 The proportional gas detector is the most popular form of neutron detectors. Because neutrons have no charge and are non-ionizing, they are more difficult to detect than X-rays. The method of detection is based on the simultaneous absorption of a neutron by an atom and emission of a -ray photon, known as a (n,y) reaction. Because the absorbing substance must absorb neutrons while still being able to remain in a gaseous state, the materials available are restricted.

This results in the stable isotope of helium as well as a high-energy -ray. Another appropriate gas is BF3, which makes advantage of the isotope 10B's absorption capabilities. The 3He gas detector is regarded the best for thermal wavelength neutrons, however BF3 is really superior for long wavelength neutrons, although it is rarely employed currently due to the technical problems of managing a corrosive and poisonous gas. Because the capture cross-section of gases is so tiny, 3He detectors are normally filled at pressures higher than atmospheric, such as 5 to 10 bar. They are normally 10 to 15 cm long with a diameter of 2 to 5 cm.

Single-tube He-gas detectors with positional sensitivity have been developed recently by the detector group at the ILL in Grenoble. This is accomplished by detecting the charge created at both ends of a resistive anode wire, with a bigger magnitude of charge measured corresponding to a shorter pulse travel distance along the wire. These will have a lot of potential for high-resolution angle-dispersive powder diffractometers (like the D2B described later), because they will allow a larger solid angle to be measured without sacrificing instrumental resolution, with the asymmetry caused by the curved Debye-Scherrer diffractions being removed via software binning of the 2-dimensional data to the conventional 1-dimensional powder pattern.

Neutron multidetectors use the same 3He gas, but they're additionally filled with a quenching gas such a combination of xenon (Xe) and methane (CH4). The first multidetectors were made out of an array of vertical wires spaced at predetermined intervals, which were generally designed to equate to a desirable angle in degrees, such as 0.1°. They can be one-dimensional or two-dimensional, and they can cover a considerable area of solid angle. Microstrips, which replace the traditional anode wires in these detectors, have recently been developed to enhance the spacing interval.

Scintillation detectors have been built employing absorbing atoms such as 6Li or Gd. The latter may be found in the mixed metal oxide-sulphide Gd2O3.Gd2S3, which can transform a -ray photon into a UV/visible photon directly. A traditional photomultiplier tube is used to count the later. Due to the increased density of absorbing material in scintillation detectors, the neutron is detected in a smaller region of physical space than in a gas detector. For certain purposes, this is advantageous (see later page on time-of-flight methods). They may detect sample fluorescence owing to (n,) reactions within the sample, which is a possible drawback.

The possible background from rogue -rays created by neutrons from either the reactor or the pulsed source, as well as those formed by interaction with a monochromator or even the sample, is therefore one of the issues in detecting neutrons. As a result, the electronics operating the detector must be able to distinguish between the energy (or emission time at pulsed sources) of the -ray and only count those produced in the detector. Furthermore, the detector must be well insulated from the neutron "cloud" that surrounds the diffractometer. The shielding is extremely thick: many centimeters of polythene are employed to slow down any fast neutrons, with the background neutrons absorbed by B4C-doped plastic or rubber.

The source in a laboratory is supposed to emit a constant flow of X-ray photons that does not change over time. As previously stated, this is not the case with synchrotron X-rays since the beam decays with time. In theory, the flow of neutrons from a reactor remains constant throughout time, although this is not always the case, such as when the reactor must run at lower power owing to pump failure. The intensity of the neutron beam at a pulsed source is not constant in a short time interval, but it is essentially constant when averaged over a long time period.

The incident intensity of the radiation lighting the sample must be monitored in powder neutron diffractometers. This is done with the use of a monitor, which is essentially a low-efficiency detector. Monitors transmit the majority of neutrons traveling through them while absorbing a little amount of them, say 0.1 percent. Because the internal gas is either at low pressure or diluted to atmospheric with 4He, neutron monitors are generally manufactured like 3He detectors but with very thin aluminium windows.